In an ever expanding global electronic music scene with new artists appearing every day, it takes nothing short of raw talent to stand out. As one of Canada’s leading Trance artists, Somna holds the #65 spot in the DJTOP100 (TrancePodium 2018) making him the only Canadian within the top 100. He is the co-owner / manager of AVA Recordings with Andy Moor, a record label that spans over 250 releases and is regarded as one of the top record labels within the scene. As a producer, Somna’s music is regularly released on the world’s biggest trance labels including; Armada Music, Garuda Music, Future Sound of Egypt, Black Hole Recordings and AVA Recordings. His music consistently reaches charting positions and is regularly support by Armin Van Buuren, Above & Beyond, Markus Schulz, Ferry Corsten and more. The abundance of support stands as a true testament to the quality of Somna’s music. As one of the few trance artists hitting over 100,000+ monthly listeners on Spotify, Somna has an average monthly listener base of 120,000+. His 2018 year collected data showed a staggering 4 million streams on Spotify and live performances in Japan, Switzerland, Norway, Indonesia, Norway, Canada and United Kingdom.
________________________

Memory Loss, a Canadian trance DJ & Producer, has established herself within the global electronic dance music scene as one of the future’s brightest talents. Multiple Mixmag Magazine track reviews and BBC Radio1 plays under various aliases are just some of the accolades from one of Canada’s most exciting female artists. She was also selected by Billboard Dance as part of “Trance Music’s Next Class: 16 DJs to Watch” list, and most recently was awarded the 60th position on the 2019 Trance Podium Top 100 DJs Poll.
In the short period of time she’s been immersed in the scene for, her releases on top labels such as AVA, In Trance We Trust (Black Hole), Flashover, Go On Air, and Universal Nation have seen support from the likes of Armin van Buuren, Markus Schulz, Paul van Dyk, Ferry Corsten, Cosmic Gate, Andy Moor, Ben Gold, Giuseppe Ottaviani, and many more. Memory Loss’s productions are known to be progressive, melodic and energetic, and consistently hitting the Beatport’s Top 100 Trance Charts. Her recent release on AVA White entitled ‘Otago’ was hand-selected by Paul van Dyk to be featured in Spotify’s “Trance Mission” playlist, and ‘Shapeshifter’, the latest track from Memory Loss hit #15 on the Top 100 Hype Trance Charts on Beatport, and also received a review in DJ Mag Spain.
Her abilities to entertain on the decks with her diverse range of trance, progressive, tech, uplifting & psy-trance music have led her to perform across North America, Europe, and Japan including Dreamstate Canada and In Trance We Trust ADE Festival.
________________________

“YOSHIMASA” was born in famous Hamamatsu-shi, Shizuoka as a town of the music. He starts a carrier as DJ from 18 years old, and a party experiences organizing it at 20 years old for the first time.
He experienced “RAINBOW2000″ performed in Mount Fuji in 1996 and was fascinated with techno transformer music and began activity as TRANCE DJ. He started TRANCE PARTY “TRANCEPORT” in Shibuya clubasia in 2001 and crossed it for four years, and the “YOSHIMASA” own continued attracting the audiences much as resident DJ, too. He establishes PARTY group “TCPT” at the same time. I held a great deal of PARTY in 17 years and let you succeed. I held PARTY regularly in the big club which represented Tokyo including Shinkiba ageHa, Shibuya WOMB, Shibuya VISION and invited Ferry Corsten to a guest in March, 2018, and I announced that I brought back TRANCE PARTY “TRANCEPORT” after an interval of 17 years, and it was with a big topic now.
As artist activity, I produced a musical piece around unit “TINY DUCKS” with “RYOJI TAKAHASHI” which released “HIDAMARI” with a coproduct with “DIM3NSION” from “Flashover”, and it was supported by many star artists and released first album “JUST A STORY” in November, 2014. He released compilation album “TRANCEPORT Presents Flashover for Japan – Mixed By YOSHIMASA” which he came to try for the first time in Japanese from label “FLASHOVER” of FERRY CORSTEN in March, 2018.
________________________

DJ / Event Organizer, Yuki started off his career in 2015, bringing a global standard of trance music to his gigs and organizing events from big international events such as Luminosity Beach Festival, Transmission Festival, Future Sound of Egypt, Cream Ibiza and more.
As a multi-dance music listner, his sets are a musical journey which build up from progressive and techno to Tech – Psy trance and Uplifting trance in peak hours. Praised even in the electronic music mecca of Ibiza, Yuki has a solid reputation in the industry, further cemented by recently closing for the legendary Markus Schulz in the biggest night club in Japan, ageHa, a DJ Mag Top 100 Club. Now, Yuki has played in many Asia Countries.
A major contributor to trance music in Japan as an organizer, Yuki has played a large part in revitalizing the Osaka scene in recent years elevating his trance party Castor to the international level, grabbing the attention of party goers all over Japan. He has been influential in bringing many popular DJs to Castor events such as Paul van Dyk, Aly & Fila, Ferry Corsten, Simon Patterson, Bryan Kearney, Yoji Biomehanika, Heatbeat, Mark Sixma presents M6, Standerwick, Chris Schweizer, James Dymond, Driftmoon, Bjorn Akesson, LTN, Rinaly, Norio SP, Dominant Space, and many more.
Yuki’s passion for DJing, organizing events, and producing tracks is borne out of a pure love for trance music. In 2019, his debut track “Auron” from Mike Push Studio 【Blackhole Recordings】charted #6 on Beatport Hype Trance Chart. Although just 25 years old, Yuki’s professional career has only begun and he has a bright and promising career ahead of him.
________________________ 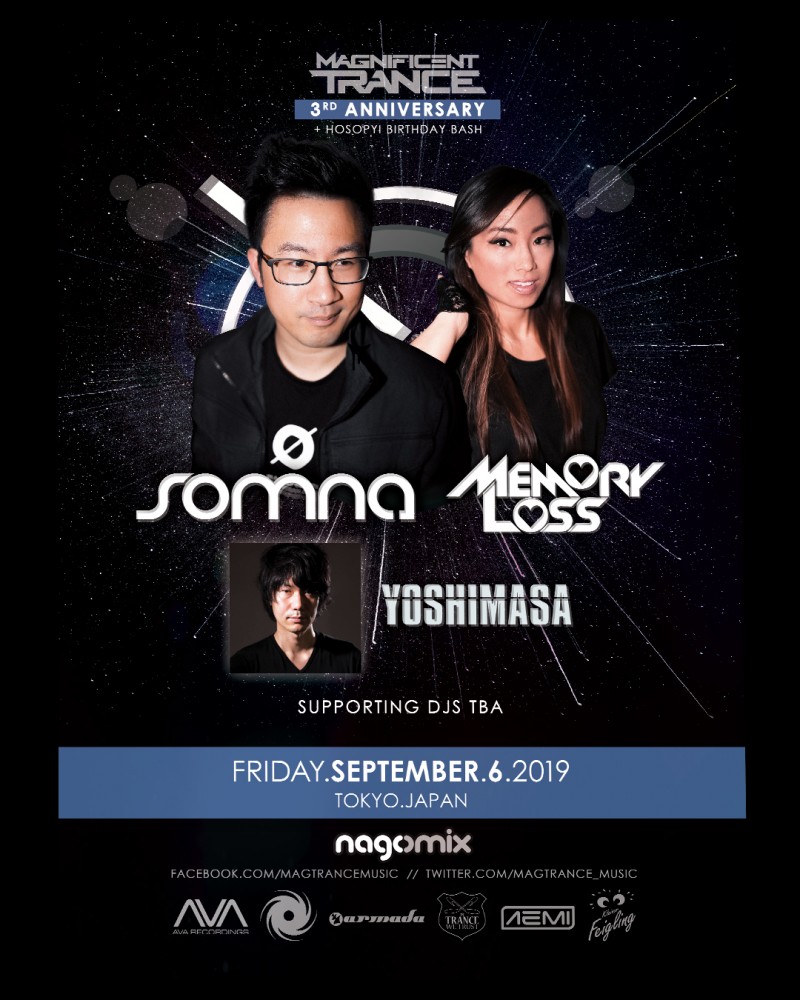 Smoking is forbidden in this building. there is a smoking place at the entrance of the building.
ロッカー無、クローク500yen
Cloak 500(JPY)